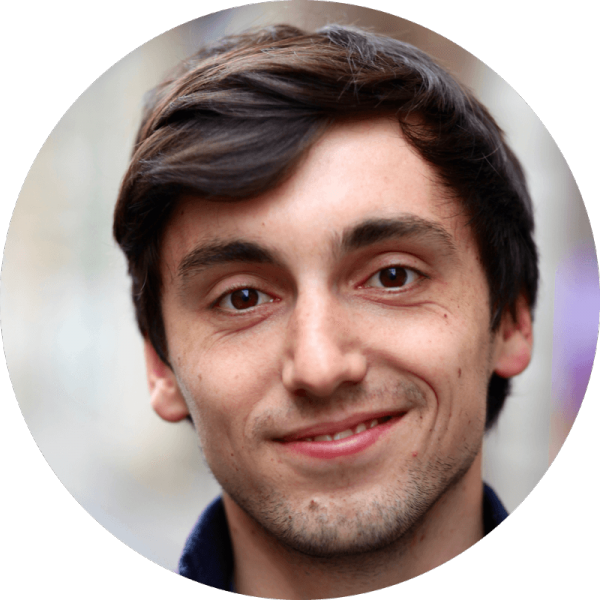 When Pierre started high school, he was certain of one thing: he wanted to become an engineer. Although he quickly realized that engineering wasn’t really for him, he held on to his life-long passion for problem solving. Pierre has a good head on his shoulders: he can see how things work, explore potential solutions and decide how to proceed without wasting time. Pierre came across us on the Growth Hacking forum: he had previous free software experience, shared our values and knew how an open source company functioned. After meeting with Tristan, he wanted to take the next step and work on developing a shared discourse. Four months later, a meeting with Ben finally convinced him: Pierre felt that Cozy had major transformative potential, and that it could redefine the rules of the game in terms of personal data. Pierre is a pragmatic kind of guy; he joined Cozy because he was convinced the project would grow, and wanted to join in the adventure.

Pierre's passion for technology makes him a fairly hybrid member of our team. In addition to his marketing skills, he has an excellent technical background and a real understanding of digital practices. After completing an undergraduate diploma in marketing (French ‘DUT’), Pierre spent a year in Coventry before attending the IAE Aix-Marseille Graduate School of Management. Having already developed close ties to the start-up world, Pierre found a work-study placement after an Open Data weekend. This was his initiation into the world of free software. He then joined Biblibre, where he developed and structured their marketing strategy. This initial practical experience enabled Pierre to increase his skill-base and develop his professional independence.

Usually glued to his computer, Pierre is always keeping up with the latest innovations. When he does disappear for a weekend, don’t try and get in touch: he’s probably cruising the roads behind the wheel of one of his many dream cars. Pierre is above all consistent: whether it’s at Cozy or beyond, he’s persistently versatile, interested in everything and loves to be challenged beyond his comfort zone. What’s his defining approach? Instead of asking what might not work, he says ‘Let’s give it a try and adapt to the outcome.’ Pierre’s tenacious optimism, fresh attitude to life and love of challenge are a perfect fit for the Cozy spirit. In joining our marketing team, Pierre brings a new perspective to the company that might be slightly less technically oriented, but is just as addicted to innovation!

Since starting his degree in IT, Greg has climbed all the rungs of the developer ladder.…