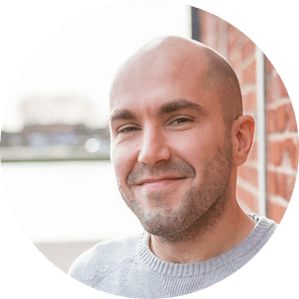 Once we started our second round of equity financing, we knew that we would have to grow quickly and efficiently in order to increase the speed and stability of our development. This is a challenge all companies must face. This is when it’s important to recruit the best people so they can work in close collaboration to develop the product while at the same time keeping a maintainable code. That’s how we met Greg. He had been following the Cozy project for some time, first on the Tristan blog then thanks to Matthias with whom Greg had worked on a previous project. We instantly liked Greg’s approach: he had great ambitions for Cozy, combined with a determination to compete with Google and develop an efficient product accessible to everyone. He already had extensive experience, and knew both how to work on his own and as part of a team. This was crucial for us. We totally trust our team members to work independently, but we also need them to be able to work together effectively!

Since starting his degree in IT, Greg has climbed all the rungs of the developer ladder. What is more surprising is that he looks back on each ordeal as something positive. Greg has an objective, almost distanced, perspective on all of his experience. His only requirement? Whether it’s success or failure, Greg wants to get the most out of every occasion. He never considers doing anything by halves: hard times and pleasant surprises are equally welcomed, as long as Greg feels he’s moving forward, gaining a better understanding of himself and his work. This has enabled him to become very familiar with all the development world has to offer: from IT Consulting services to the Bunkr start-up in Rouen, with a self-employed stint in between, Greg has experienced most aspects of a developer’s career.

That’s Greg. Or rather, that’s the tip of the iceberg, because behind his model developer appearance, Greg hides his secret identity… he’s a comic book fanatic. A secret identity, or rather, a childhood passion: Greg wanted to be a comic book artist. However, soundness of mind, pragmatism, reason and all those other qualities that quench our childhood dreams prevailed in the end. Luckily for his (enthusiastic) public, he didn’t quite give up. He’s an amateur artist on his blog, tweets prolifically, and regularly participates in Comics Outcast, a podcast dedicated to comic culture. Don’t be fooled by his discreet appearance: Greg is a keen observer and knows how to find that touch of humor or of the absurd which adds spice to any situation. We are thrilled that he has joined our front team, and we secretly hope that one day he will write the thrilling adventures of a soft, cozy cloud!

Cédric didn’t follow the usual route to becoming a developer: for a long time, he combined his passion for development with his studies, pursuing a future in the agri-food industry.…