For the launch of the new password manager, Cozy Pass, Paul Tran-Van, Head of R&D and Data Scientist @Cozy Cloud has decided to get to the point of encryption. He will address some questions: How does the password manager work in your Cozy? What is its encryption protocol? In less than five minutes, encryption in Cozy will no longer hold any secrets for you and you'll be eager to get started: install Cozy Pass.

Encryption is the process of encoding a message or information in such a way that only authorized parties can access it and those who are not authorized cannot.

Let us introduce you an example of encryption with an exchange of messages between two correspondents.

This way of protecting messages between recipients is not a new concept.

We can take as an example the Caesar Code, named due to the famous Roman Imperator. During the Gallic War, Caesar used an encryption system to transmit his messages: each letter was substituted by another, by a fixed offset in the alphabet. For example, Cozy with a shift of 1 gives Dpaz: C is transformed into D, o into p, etc.

Today's encryption systems are much more complex, but not so different. They are still based on two fundamental principles:

When Caesar encrypted his messages, security relied more on spies not knowing the algorithm than on the key. Indeed, once the algorithm is known, it is relatively easy to deduce the key from a message.

Today, in terms of security, we consider the opposite: the key is the root of security, while the encryption algorithm must be public so that it can be audited by experts.

There are usually different stages in an encryption system, with different exchanges of messages, and often several algorithms and keys used. This is known as the encryption protocol, which we detail here in more detail in the context of the password manager.

How does it work?

In your Cozy, the password manager is used for storing all your login credentials, payment cards and identities.

And what happens for the user? 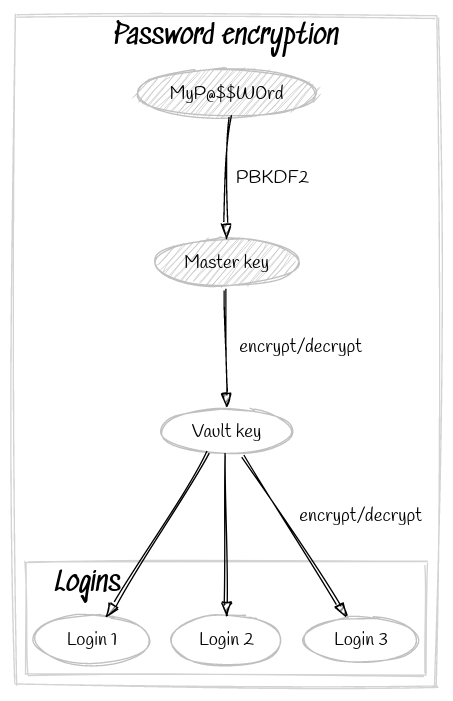 In the case where credentials are used by a connector (=aims at retrieving data from an online service), a special encryption is set up. Indeed, it is necessary that the credentials (and only those) can be decrypted without any action from the user, in order to be able to automatically retrieve the data from your online services any time the user wants.

It is essential to specify here that the connectors are executed in an isolated and secure environment, which is the only one with the rights to decrypt the connectors' credentials.

To this end, we use a protocol named asymmetrical encryption :

The encryption protocol of the connectors is as follows: 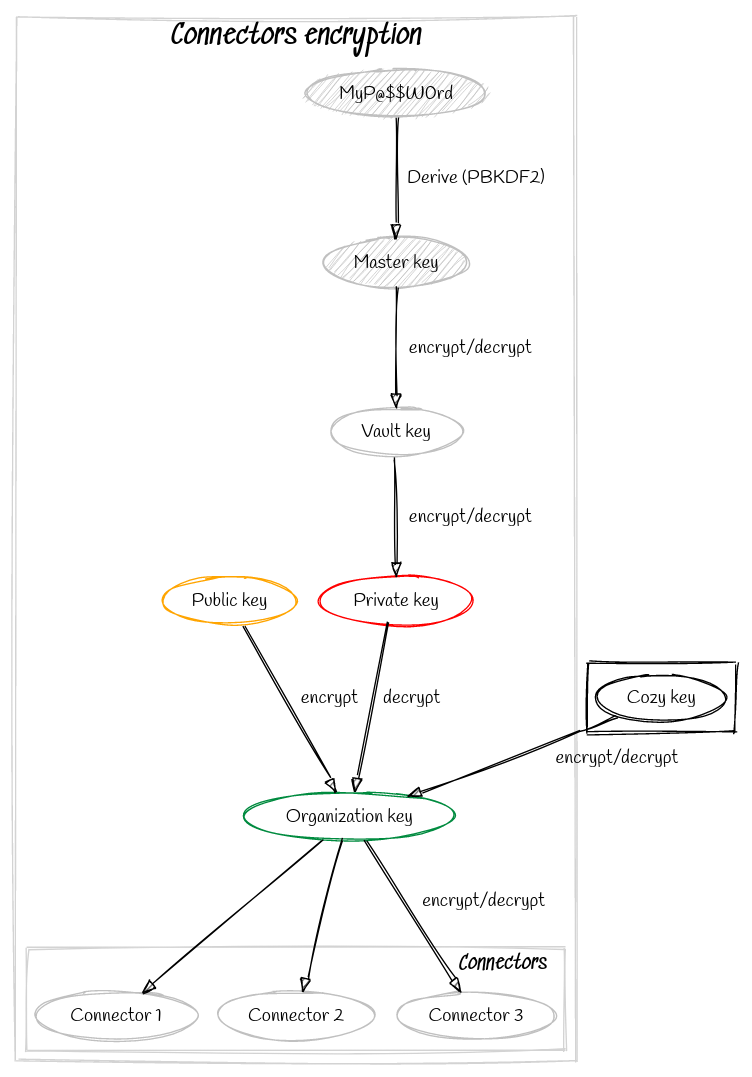 What about Cozy Pass?

Today we are pretty proud of the new application available in your Cozy Cozy Pass, a fully integrated password manager based on the encryption protocol that we just explained above.

For Cozy Pass, we preferred to start from established protocols rather than reinventing the wheel. This is a guarantee of security for you.

For those reasons we have chosen to use open protocol of Bitwarden, reimplementing some of the software and adapting others.

With this integrated password manager, your passwords, payment methods and identities details are grouped and encrypted in your personal cloud so that you are the unique owner.

Your password manager simplifies and secures your passwords: no more post-it notes and "12345"!

At last, security goes hand in hand with simplicity:

The French web was paralyzed after the fire that took place in a datacenter of OVH. For Cozy Cloud, despite 43 lost servers, no impact on the user side. We reveal why.…

Forget passwords is part of your daily life. This guide from Cozy Pass, the French open source password manager, presents measures you can easily implement to minimize these incessant omissions and tips you can follow to ensure your online security.…

Cozy Cloud
—
How encryption works in Cozy
Share this