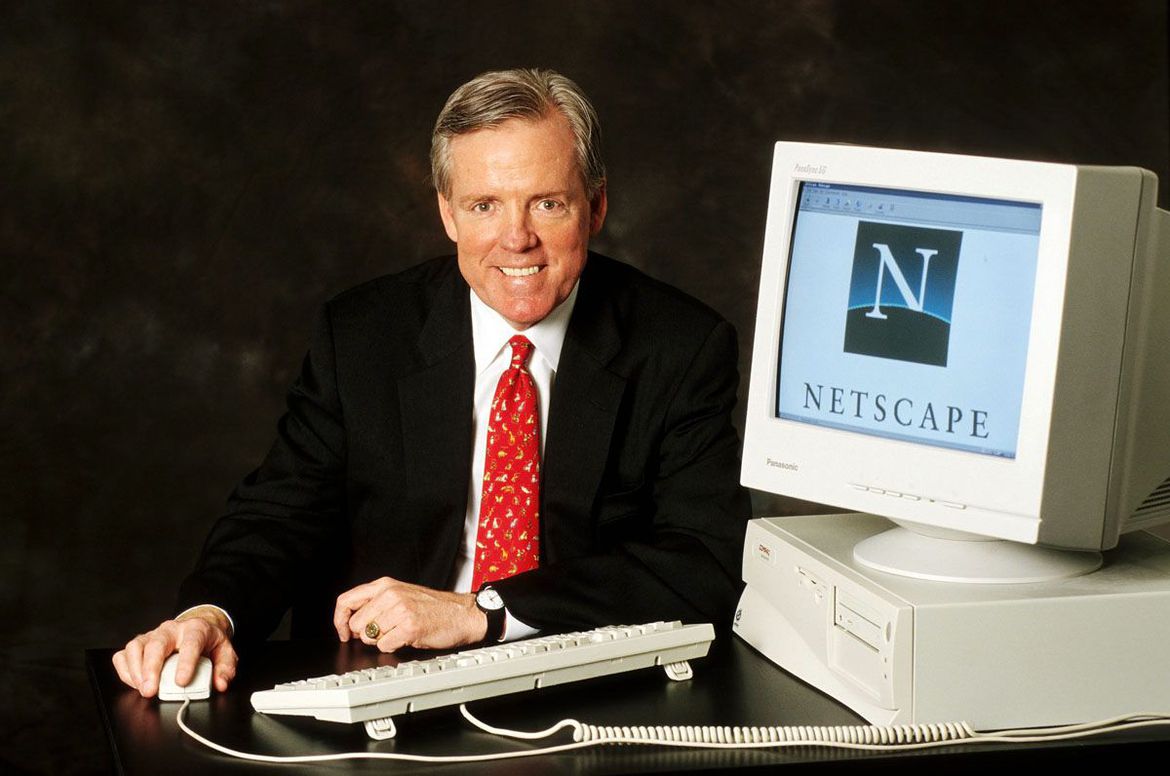 I recently came across a picture from 1997 or 1998. In the picture, posted above, you can see one of my computers from that era (a beige desktop PC, with a CRT screen), which was running the venerable Netscape navigator. I felt a wave of nostalgia. Ah, 1998... Wikipedia hadn't been born, and a search engine had just been created in Mountain View, California. It was called Google. The Internet at that point was a land of promise, a place where anyone would be able to publish a website, an era when people began to dream of e-commerce. The world was discovering Open Source with Netscape's announcement that it would release the source code as part of the Mozilla project (which would give us Firefox). GNU/Linux was still tricky to use, but the following year was the year that Linux would definitively win market shares on desktop PCs. We imagined that in the future, everyone would come to understand IT because they would have been born with it. This would be a free and liberating Information Technology, where each person would be connected to loved ones thanks to mailing lists or newsgroups.

Twenty years later, so many unimaginable things have become standard, objects and services used on a daily basis that we can no longer live without. Once-little Google is no longer a curiosity but an industry giant that knows everything about us: what we are thinking (Search), what we write (Gmail), whom we meet with (Calendar), whom we phone (Android), our permanent GPS position (Google Maps), our house temperature (Nest), our browsing history, our Internet passwords (Chrome) and many other things that it would take far too long to list here.

Over time, we began to speak more of "Digital Technology" than of information technology. Did we think that digital technology would liberate us? That is far from the case. All you need is to be locked out of your Gmail or Facebook account in order to realize that you don't hold the keys to your own life, which has become increasingly digitized. The arrival of Amazon Echo and Google Home will only aggravate matters. All of these services, which the Internet giants often provide free of charge, have two objectives: to become every day life essentials, and to collect our data in order to provide us with targeted marketing. We are replicating the TV business model ("sell available brain time to Coca Cola", as it was explained once) and applying it to each Internet and smartphone user. We are not Google and Facebook customers, we are their raw material.

For each of us, Facebook and Google are Trojan horses, traps disguised as gifts. With these services being extended to devices that capture our data, such as smartphones or smart homes, it's only getting worse: these are Trojan horses that we buy. We are like the Trojans, but rather less intelligent, since we pay a small fortune for products that we carry or install in our homes to capture our personal data.

I don't think that we need to get rid of our computers and smartphones. However, it's urgent that people become aware of the fact that we are ultra-dependent on the Internet giants.

For IT specialists, hackers and free software activists, the time has come to create alternatives to the centralized service providers, safe places for our personal data. That is precisely what we are doing at Cozy Cloud: a personal cloud, a digital home where each person can store his or her data, retrieve data stored by third parties using a connector mechanism, and have the possibility of running applications that use this personal data.

Digital technology really is in the process of changing the society in which we live. It is changing our jobs, our ways of communicating, and the ties between human beings. Let's also ensure that it doesn't restrict our freedoms, but on the contrary, that it protects them.

There are several ways that you can take action:

A recent video (above) was published by the French National Digital Council about the big Internet platforms. It explains the issues around the trust…

Cozy Cloud
—
Deciding the digital future we want
Share this